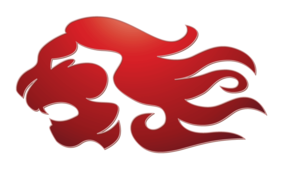 Leonian offers full services for a multitude of independent projects including Film, Television and New Media. Following the final season of the multi-award winning hit teen drama Miss Behave, Leonian went on to produce their first feature film, By God's Grace, and their second independent series, Acting Dead.  The latter has gone on to garner numerous awards and recognition, including a Prime Time Emmy for Patrika Darbo.  Leonian Pictures is currently in Post-Production for the highly anticipated feature, Pretty Broken.  The teen dance film, To The Beat! , recently received worldwide distribution with Vision Films and released across multiple VOD platforms on March 13th, 2018!

In 2014, Leonian joined forces with the Indie Series Awards, and is now the West Coast Producer for the well respected awards show which celebrate the best in independently produced, scripted entertainment created for the Web.

Owner and producer Susan Bernhardt, a longtime publicist and entrepreneur, knows what it takes to make things happen.  Whether it's running a film set or planning an event, she makes it all materialize under the brand of Leonian.